Along with fiddlers, banjo pickers and balladeers, country music in the 1920s was full of String Bands that played a rough and rowdy, but good-natured, and entirely homespun style of music. Fiddle was usually the lead instrument, with the guitar, bass, and banjo along for the ride. The majority of these String Bands were just local players from towns scattered across the southeastern United States. They'd initially come to local prominence by playing community dances or parties. As Hillbilly music caught on, record companies started searching for rural music to record, and many musicians earned greater fame and began touring farther and farther from home. Some, like Gid Tanner's Skillet Lickers, and Charlie Poole and the North Carolina Ramblers, gained strong followings until 1929, when the Great Depression halted the careers of most of these musicians. 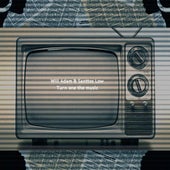